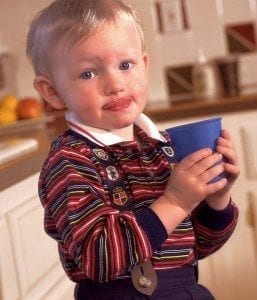 While it’s important for people of all ages to avoid chemicals, it’s especially important for infants and children. Many harmful chemicals have been found in tap water across the country. According to a report published by the Environmental Protection Agency (EPA), “the contaminants in drinking water are quite varied and can cause a range of diseases in children, including cancer, developmental effects such as learning disorders, and acute diseases such as gastrointestinal illness.”
The fact is that children and infants are more susceptible to harmful contaminants that could be found in tap water. Here’s why…
GREATER EXPOSURE: Infants and children consume more than twice as much water for their size as adults do, which means that their exposure to contaminants in water is considerably greater.
LOWER BODY MASS: Children and infants have a much lower body mass, which means that toxins build up in their bodies faster.
UNDEVELOPED IMMUNE SYSTEM: Children’s immune systems are not as developed as adults so they don’t have strong defenses against contaminants. Contamination outbreaks are considerably more dangerous for children than for adults.
STILL DEVELOPING: Unlike adults, children’s bodies and brains are still going through critical developmental stages. Many chemicals have been linked to developmental problems that interfere with critical growth stages.
EVEN SMALL AMOUNTS: Even small amounts of contaminants are now thought to be dangerous to children and can be a real factor in long-term illnesses.
The answer is simple, make sure that all of the water that your child consumes is as pure as possible. Filters, including reverse osmosis systems, are simply not able to provide effective protection against harmful chemicals that could be in drinking water. Steam-distilled water is the gold-standard for water purity and is recommended by top doctors and nutritionists such as the bestselling author Dr. Andrew Weil.