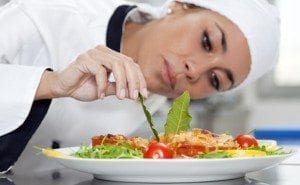 To understand this, a little “Water 101” is important…

First, water contamination is a very real concern today. Of the 85,000 toxins that the EPA recognizes, cities only have to meet minimum standards on about 100! So this means that even if your city says that you have “safe” drinking water, they are referring to the legal definition of the word safe. There are a number of cities that have nasty toxins in the water, yet that water is still legally referred to as safe drinking water (learn more).

Second, when you boil water, the steam that is leaving your pot is basically pure water, so what is left in your pot gets increasingly contaminated the more water you boil away. So, for example, if you start with water that is contaminated with 5 parts per million (ppm) of nitrates, which is legally “safe” and you boil half of your water away, you’ve just doubled the concentration of nitrates to 10 ppm, which is legally “not safe”.

So when you cook a pot of chili on the stove and let it simmer for hours, the water that stays in the chili becomes increasingly concentrated with contaminants. If, for example, you live in Omaha where there are 20 contaminants in the water above federal health guidelines (including atrazine, trihalomethanes, nitrate and nitrite, and manganese) you certainly don’t want to drink the water, much less cook with it.

This is true for pasta, rice, soup and even coffee and tea.

So what should you do? Make sure that you cook with the purest water possible. When you remove the toxins before you cook your meals will be safer and they will taste and smell better.