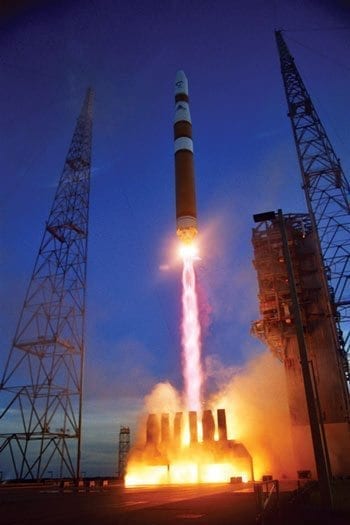 Several women in our extended family are on thyroid medication.  Upon further investigation I’m amazed at how many people have thyroid problems.  So I probed a little deeper.  What I found shocked me.  A study reported more than five years back suggested that “perchlorates” is a thyroid danger to 44 million American women.

This study found, and I quote:

Perchlorates are widespread in water and the food chain and the average American is said to have a perchlorate level of 5.5 parts per billion circulating.

Perchlorate is a byproduct of the rocket fuel industry and is frequently found in the vicinity of military bases.  It’s also found around the manufacture of fireworks and explosives and also in some bleaches.  The EPA estimates between 5 and 17 million people in the US are being served water containing this nasty contaminant.

This month, the EPA has decided to act and develop regulations for perchlorates in drinking water.  Presumably there will be a level that is acceptable and a high level which is not.  California, where perchlorates have been a problem for years, has a regulated maximum level of 6 ppm.

Now that the EPA has decided to act there is a process to follow, part of which is to allow industry and public comment.  All in all don’t look for a Federal standard inside of 2 years.

Up to now perchlorates have been unregulated at a Federal level.  Just another example of what might lurk in your drinking water.  This time however, you have to be cautious of the foods you eat too. Milk and other produce, both domestic and imported have been tested to show levels of perchlorate.

For me the solution is simple: drink distilled water and either grow your own produce or buy it from the local farmers’ market.