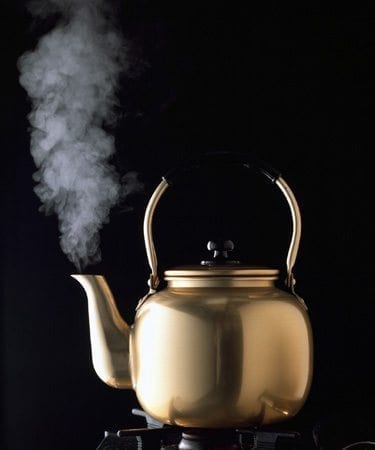 When we go to put gasoline in our car, or when the attendees at the Kentucky Derby drink their Mint Julep, or when you put fragrance on before an important date, chances are, you are benefiting from the “distillation” process.  It’s also well known in water purification too.  Highly polluted water can be purified into very pure drinking water through a process known as distillation.

What is distillation?  It’s a process that’s been around for centuries.  It is an amazingly simple process that is very important for our lives.  Distillation is better described by the term “Thermal Phase Change”.

“Thermal” refers to heat. So it is a process that involves heat.  “Phase-Change” is used a lot in chemistry and physics.  The easiest way to understand phase change is to look at the compound H2O.  You probably are familiar with H2O.

When H2O is a liquid we call it “water”.  When we heat the water we change it from a liquid to a vapor we call it “steam”.  When we cool water sufficiently it turns into a solid which we call “ice”.  The three phases of H2O are ice – water – steam.

So in water distillation (or steam-distillation as some people call it) we are heating the water (thermal) and changing its phase from a liquid to a vapor and back into a liquid – that is where the description “Thermal Phase Change Process” comes from.

These phase-changes are very predictable because they are “laws of nature” or “laws of physics”.

When we have polluted water we boil it, which turns the liquid water into water vapor (steam).  When the steam rises it lifts away from the liquid water and leaves virtually all the contaminants behind in the boiling water.  By separating the steam and cooling it we convert it to high purity distilled water.  This process is predictable and reliable. It produces a consistent quality of distilled water, which can vary somewhat based on the engineering of the device (which is typically called a “distiller”).

To illustrate the Thermal Phase Change we often refer to nature’s hydrologic cycle.  The hydrologic cycle goes through the same phase change process and is dependent on heat from the sun to produce rainwater. Rain is theoretically pure, but in actual fact most often the rain droplets are formed around pollutants in the air.  That’s why you sometimes find your car very dirty after a rain.  It’s also why you get acid rain – a serious form of pollution.  The Hydrologic Cycle is not a perfect “Thermal Phase Change” process because of the pollutants in the air.  The distiller manufacturers can likely do a better job of using the Thermal Phase Change process to produce high purity distilled water.