Free Shipping on Orders over $50 in the Continental USA! 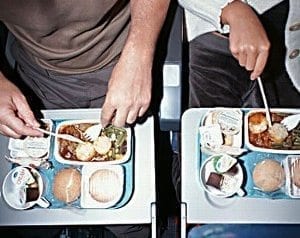 Several years ago, some passengers on an Aerolineas Argentinas airlines jet got violently sick on the flight sector between Lima, Peru and Los Angeles, California.  When the plane arrived in Los Angeles ambulances were waiting to greet the aircraft.  As it turned out, 57 passengers had symptoms of cholera and one passenger died.  They had been exposed to cholera, a dangerous and sometimes deadly biological contaminant found in water or in foods washed with contaminated water (article).

This is a clear example of how quickly biological contaminants can impact human health.

In another example, a friend of mine and his wife from Indianapolis had vacationed in the Dominican Republic, and, on the return flight to the US, the plane had to make an emergency landing in Atlanta due to her very serious health condition which occurred during the flight.  Again, the suspect was biological contaminants in the water or ice she consumed at the airport before departure.

My point is this.  Biological contaminants in water can cause severe illness and it can strike very quickly with potentially deadly results.

However, another group of contaminants found in water can cause chronic illness which occurs over a long period of exposure. An example would be the inorganic trace element group.

In an article released this week in the Environmental Health News, the Environmental Protection Agency (EPA) and the US Geological Survey (USGS) collaborated to study trace elements in private wells across the USA.  In the study more than 5,000 wells sourcing water from 40 aquifers were tested for 23 metals, and metal-like substances as well as radon. The results were not pretty.  The study found that there is widespread occurrence of trace element contamination of wells throughout the nation.

Private wells are not regulated (can’t you see a new opportunity for more Government regulations here?) and it is up to the consumer to have their water tested.  Most states have laboratories that can do the testing for a nominal charge and there are independent private laboratories. For example Mid West Laboratories in Omaha, NE www.midwestlabs.com, or National Testing Laboratories, in Cleveland, Ohio http://www.ntllabs.com

So what if you find contaminants in your water?  I have been in this business for almost 30 years and I’m still amazed at how effective a water distiller is.  A distiller uses a natural and totally reliable “thermal phase-change” process to purify water. It’s a totally different process that filtration and much more effective.  A well-known brand of water distiller will remove all of the contaminants listed above and hundreds of contaminants not listed above.

And what if you don’t want to have your water tested?  You should go straight to the bottom line and get a distiller anyway.  By the way I use a Pure Water distiller (www.MyPureWater.com)

Tomorrow I’ll get more technical and show you how effective a Pure Water distiller is at removing trace elements (and a whole lot more!!).

If you are getting excited for Thanksgiving and have been dreaming of turkey, stuffing, and cranberry sauce, there’s one more item to add to the list, pure distilled water. Water is an essential part of many recipes, so why add extra ingredients like lead, arsenic, nitrates, micro-plastics, or pharmaceuticals to your delicious Thanksgiving meal? We’ve […]

What is the Best Water for Coffee? Should you use distilled water for coffee making? Yes. Distilled water is the best way to make a clean, flavorful cup of coffee.  It’s hard to imagine spending extra money on high-quality beans only to pour standard tap water over them.  Coffee lovers know that tap water isn’t […]

Some may argue about different kinds of water and the best water to drink, but we at Pure Water believe that the best drinking water is distilled water.  Why?  Distilled water is purified through a natural process of heating water to create steam, and as the steam rises, it leaves nearly all particles and contaminants […]