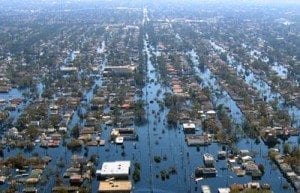 I’m not an alarmist, but I do believe in the saying “hope for the best but prepare for the worst.”

We’ve all read many times the reports of cyber-hackers getting into large data-bases and stealing personal information.  Less publicized, generally, are more mundane cyber attacks on key infrastructure computer systems which are now all tied into the Internet.

A couple of months back you might have caught the story of a hack-attack that destroyed a pump at a Springfield, Illinois public water utility – a pump that supplied water to thousands of customers.  Seems like it was not the first time that hackers had attacked water utilities but this was the first reported case where the hacker had caused physical damage to a water utility.

This story was broken when industry security expert, Joe Weiss, obtained a report dated November 10 from state intelligence sources.  While the Department of Homeland Security have downplayed the incident it is now known that the attack came from a hacker in Russia. According to Weiss this is a big deal as we do not know how many other utilities have been compromised.   Nevertheless, in recent months, senior US officials have been sounding the alarm on the potential of attacks on critical infrastructures we depend on so much.

According to Dave Marcus from McAfee, the virus protection company, “computers that control critical systems in the United States are vulnerable to attacks that come through the Internet, and few operators of these systems know how to detect or defeat these threats. So many are ill-prepared for cyber-attacks”.

Going back to my initial statement, I would prepare now.  I would protect my family with a water distiller.  A Pure Water Distiller is the best insurance that money can buy when it comes to providing very high quality water even if the source water quality is severely compromised.  Even in “normal” times you will benefit from having a distiller to provide fresh, pure, great tasting water.

If you live in an apartment, single, retired or have a cottage hidden in the woods a Pure Water Mini Classic would be ideal.  For families I would recommend a fully automatic system.  Go to www.MyPureWater.com for more information.