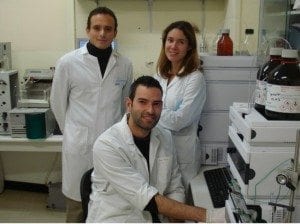 A study conducted in Spain and recently published in the journal Environmental Research concluded there is a direct correlation between exposure to pesticides (Persistent Organic Pollutants – POP) in water, food and air to the prevalence of Type 2 Diabetes in adults.  This correlation was found to be independent of age, gender and body mass index.  Furthermore, because these pollutants tend to concentrate in the fat tissues, the study concluded that explains why overweight and obese persons are more likely to develop diabetes.

The researchers demonstrate that people with higher concentrations of DDE – the main metabolite in the pesticide DDT – are four times more likely to develop type 2 diabetes than other people. In addition, the risk of type 2 diabetes is also associated with exposure to β-HCH (beta-Hexachlorocyclohexane), which is present in the formula of the pesticide Lindano. (Lindane in the USA)

The study was conducted at San Cecilio Hospital, in Granada, Spain and Santa Ana Hospital in Motril Spain. On 386 adult subjects.

The POP concentrations in fat are a useful marker of the subject’s exposure to POPs.  POP’s are a group of chemicals with diverse characteristics which are present in pesticides, industrial waste and certain building materials.

While there is a correlation between POP and diabetes, the mechanism whereby POP’s increase the risk of diabetes is not known.  Some research postulate” that POP’s might cause immunological response when they penetrate estrogen receptors in tissues associated with the metabolism of sugars”

One thing is sure.  The use of pesticides world-wide is increasing. So is the prevalence of diabetes.

For decades we have shouted the need for purity. We live in a toxic world and it’s your responsibility to ensure that you are protecting your family from these toxins. Our mission is to allow you to provide your family with the highest level of protection from toxins that can be in your drinking water.