In recent years there have been many news reports of the drastic decline in the honey bee numbers.  Why is this significant?  Honey bees are the best at pollinating plants, and thus, have a key role in our food chain functioning normally.

After DDT was banned due to toxicity concerns several decades back, the hunt was on for other pesticides. From this research another group of insecticides, Neonicotinoids, has taken front stage.  These insecticides are largely the work of Bayer in Germany and were the first group of new insecticides in more than 50 years.

Even more troubling, is that, if used regularly, well over 90% of the active ingredient accumulates in the soil and leaches into the groundwater, where it persists for years.  (http://www.laboratoryequipment.com/news/2013/06/pesticides-cause-more-damage-believed?et_cid=3317240&et_rid=210265442&linkid=http%3a%2f%2fwww.laboratoryequipment.com%2fnews%2f2013%2f06%2fpesticides-cause-more-damage-believed)

In the groundwater and on grain, Neonicotinoid insecticides are having an impact on bird populations.  This has caused some environmentalists to call on the EPA to ban neonics. 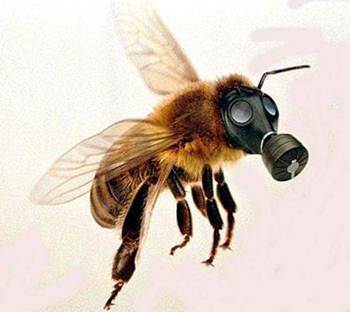 The news doesn’t get any better.  A 2012 study by Japanese scientists concluded that these persistent, systemic insecticides “May be a potent risk to human health” and more recently University of Sussex biologist Professional David Goulson completed a study published in the Journal of Applied Ecology, and reported that the harm to the bees may be “just the tip of the iceberg”.

The fact is that scientific fact-gathering takes time and it takes even longer for governments to act.  The Europeans are already starting to move against Neonicotinoid insecticides.  The US EPA has not acted but in March 2013 a coalition of beekeepers and other environmental groups sued the EPA for performing inadequate toxicity evaluations and allowing registration of the pesticides to stand on insufficient industry studies.

Neonicotinoid insecticides are not on the list of tests required under the EPA Safe Drinking Water Act standards and so are no regularly tested for by water municipalities in the USA.

As for all of us water consumers – insist on drinking distilled water.  A Pure Water distiller will provide your insurance against so many pollutants that we know too little about that may be in our drinking water.