Water Contamination.  It can happen any time anywhere.  The latest example showed up in the news just last week. Over 300,000 residents in Western Virginia were  warned not turn on their taps.  They were advised not to take showers, brush their teeth, or even do laundry.  Why?  Because Thursday, Jan. 9 there was a toxic chemical spill into the 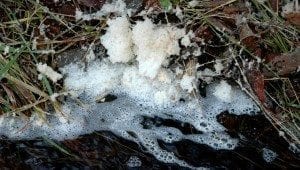 Elk River in Charleston affecting the water supply in 9 counties.

It was not clear how much of the chemical spilled or in what concentration.  The chemical that leaked from containment, 4-methylcyclohexane methanol, is a foaming agent used in the coal preparation process.  Potential symptoms of overexposure are irritation of eyes, skin, nose and throat; lightheadedness, drowsiness. Hundreds of thousands of people were drinking the water, using it in baby formula and for their pets etc. just like normal before being alerted to the safety hazard.

Residents of the Charleston area were understandably concerned about the water they consumed prior to having knowledge about the contamination. As one would expect, citizens in the area flocked to local grocery stores and gas stations buying up as much bottled water as they could get their hands on.  Shelves were wiped out and residents either had to wait for relief from officials or travel to nearby communities to fill bottles from temporary filling stations.

As the contamination continues downstream, officials in Cincinnati, Ohio are planning to keep their water safe.  Cincinnati Water Works has decided to turn off the valves from the Ohio River and instead use water reserves, while they let the chemical pass by. 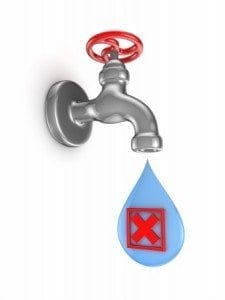 Traditional boiling of the water would not be a sufficient solution as the chemical would remain in the water.  While we have never tested this specific contaminant, we can make an educated guess of whether or not it would be removed in a Pure & Secure Distiller primarily based on the boiling point and vapor pressure.  Since 4-methylcyclohexane methanol has a boiling point of 202°C or 396°F, which is much higher than the boiling point of water and vapor pressure that is very low, we can conjecture that it would remain behind in the boiling tank during the distillation process.  In other words, the chemical would not travel with the steam and condense back into the distilled water.   Also, since it is an organic compound, we would suggest using a carbon filter prior to distilling as this will help in the removal.

So to answer the question, if the local authorities said you couldn’t use your tap water, would you be prepared?  You would if you were using a Pure & Secure water distiller!