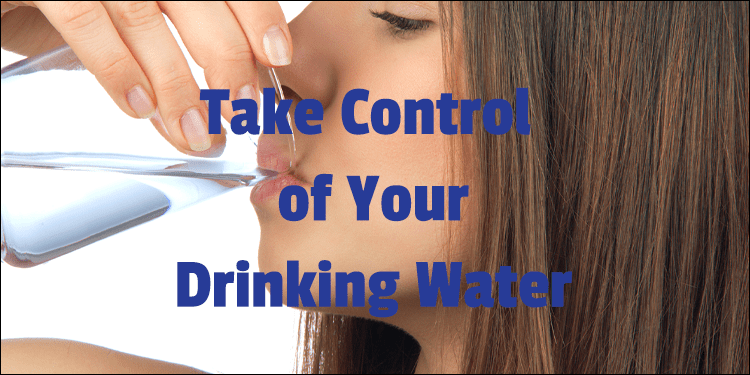 Why You Should Take Control of Your Drinking Water

Have you ever wondered what is in your tap water? Have you been told there is a boil alert in your area? Are you concerned about farm runoff, viruses, or bacteria in your water? Have you recently read articles about people getting sick in different parts of the country due to contaminated water? If so, you are not alone. While municipalities do their best to provide water that is generally safe to drink, they can’t guarantee the water is perfectly clean. It is often not recommended for infants, the elderly, or those who are immunocompromised.

How Do Water Treatment Plants Work?

Depending on their location, water treatment plants bring water in from local sources like rivers, aquifers, reservoirs, watersheds, and more. Once water is brought in, it goes through several processes to make it safe to drink. Below is a basic overview of the process, but some treatment plants have additional steps.

Coagulation – Coagulation is the process salts, aluminum, or iron with a positive charge are used to neutralize the negative charge of dirt and particles.

Flocculation – Flocculation is the process of mixing water to make larger particles, and sometimes chemicals are used to help this process.

Sedimentation – Flocs settle on the bottom during the sedimentation process because they are heavier than water.

Disinfect – The last step is to disinfect water by adding chlorine, chloramines, or chlorine dioxide.  In addition to that, UV light and Ozone might be used to disinfect water, but chemical disinfectant is needed to keep water safe as it travels through pipes to homes and businesses.  Fluoride is also added for dental health, although some believe it is unnecessary or may even be dangerous. 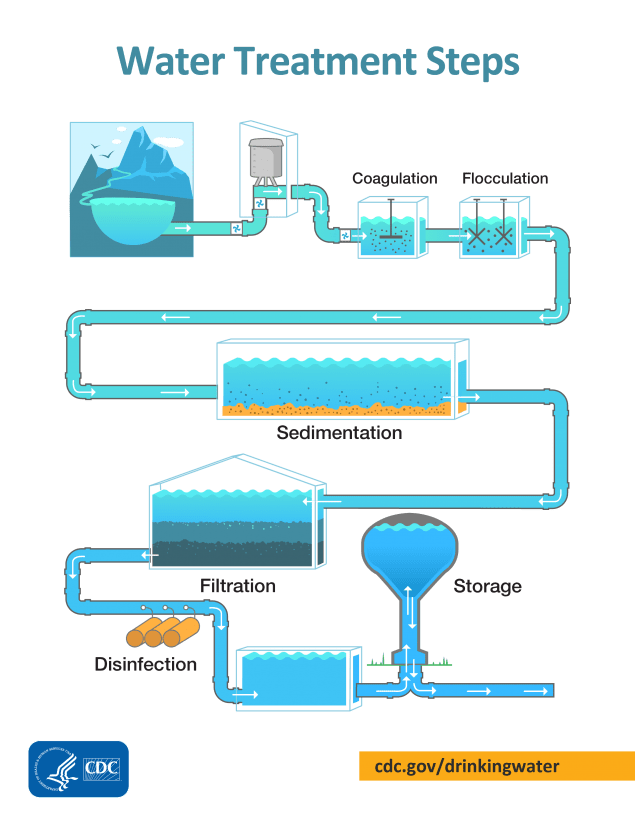 Does the Government Test for All Contaminants?

The government does not regulate or test for all contaminants. The EPA regulates drinking water and sets legal limits for over 90 contaminants. There are thousands of potential contaminants that are not on that list. Drinking water does not have to be completely free of the chemicals on the EPA’s list; they only have to be below EPA regulations. For example, some substances are not entirely removed in our hometown of Lincoln, Nebraska, like atrazine, a common pesticide, nitrates, and others. The EPA has a broader Contaminant Candidate List where they decide which chemicals will make it onto their regulatory list. [View EPA CCL Regulatory Information]

Think about all of the possible contaminants that can get picked up between the water treatment plant and your home.  How many miles of pipes does your water pass through?  Are those pipes lead?  Are they leaking or broken?  Is your area under a boil alert?  Many times reports of illness are what spurs an investigation.  Be proactive instead of waiting to learn about what contaminants, viruses, or bacteria have entered your water.  Take control of your drinking water and health with a Pure Water Distiller.

Just because you aren’t seeing it on the news doesn’t mean it’s not a problem.  As a citizen and consumer, you have a right to know what’s in your drinking water.  If you Google “drinking water and cancer” and click on the news tab, you will see millions of articles about cancer and drinking water from all over the country.  Pediatric cancers are believed to be linked to nitrates and atrazine in Nebraska.  “High numbers of pediatric cancer cases, especially central nervous system tumors, leukemia, and lymphoma, are associated with Nebraska watersheds that have high levels of nitrate (a fertilizer) or atrazine (a weed killer) in surface and groundwater, according to a University of Nebraska Medical Center research team.” [Source: Is Agrochemical Contamination Killing Nebraska’s Children? ] In Atlanta, GA, a notice has been sent out to thousands to warn about a carcinogen in the water.  In Alaska, there is a bill to regulate PFAS as it’s been linked to cancer and other serious health conditions.  In Tampa, FL, there are unlawful limits of trihalomethanes in the water, another chemical linked to cancer.  These examples are all from very recent news articles.

One story that was heavily covered in the news was Flint, Michigan’s water crisis.  Children started to show symptoms and became ill.  It wasn’t until quite a bit of damage was done that the city acknowledged the problem.  CBS News reported that “Michigan offered fresh bottled water for state employees in Flint starting in January 2015, although residents were told that tap water was safe to drink until last fall [2015], a state official said.”[Source: CBS NEWS]  Lead can’t be removed from the human body and it causes various illnesses. 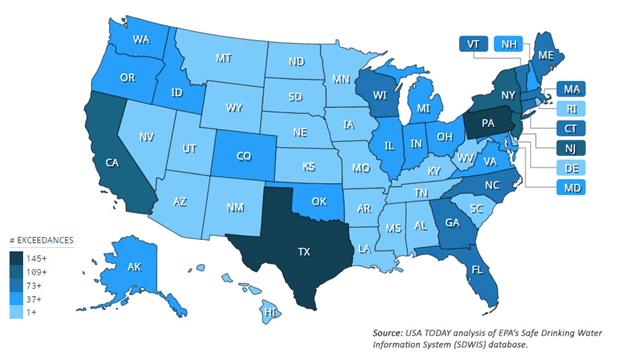 If you think that was the end of lead in drinking water, unfortunately, you’d be mistaken.  In fact, it is a constant issue for cities, especially aging ones.  A lot of lead contamination comes from pipes and not the water at the treatment plant.

Why You Should Consider a Home Water Distiller

According to Mt. Sinai in New York, nearly 1.8 million people die from water pollution every year. [Source: Pollution Leading Cause of Death]  A water distiller is the most efficient and reliable way to remove known and unknown contaminants from your drinking water. You don’t need to wonder if your drinking water is safe. You will know it’s safe. We’ve tested water from our distillers with the help of a 3rd party lab, and they have confirmed that our water distillers remove more contaminants than filters or reverse osmosis. Distillation is the gold standard when it comes to water purification. And not only is it 99.9+% pure, but it also tastes amazingly refreshing. [View Water Quality Test Results from Pure Water Distillers] 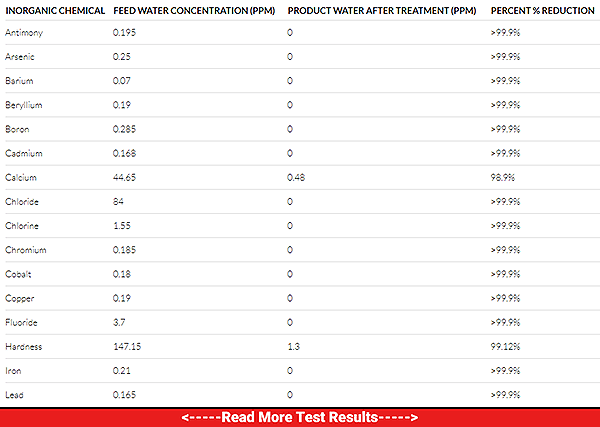 Shop for a home water distiller now, email us at info@mypurewater.com with your questions, or call us at 1-800-875-5915 to learn more about which distiller is right for you, your family, or your business.  We would be happy to help you learn more about the benefits of drinking distilled water. 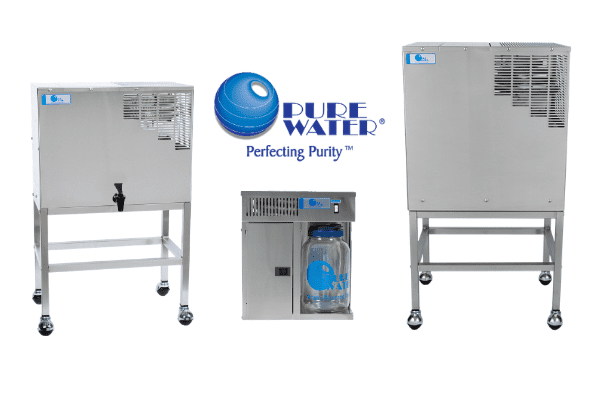 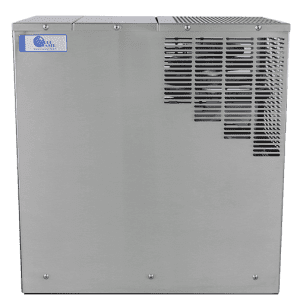 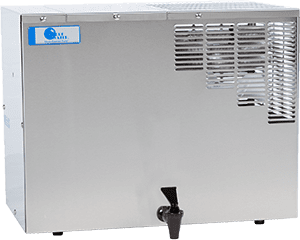 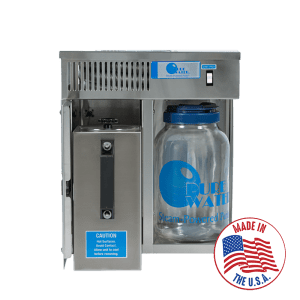 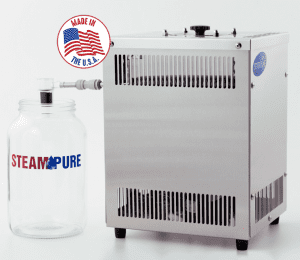 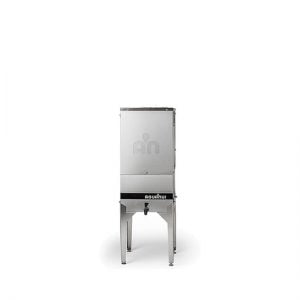 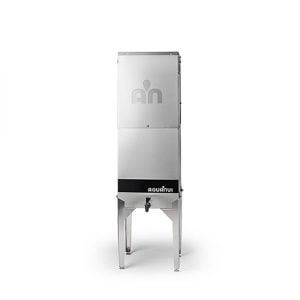 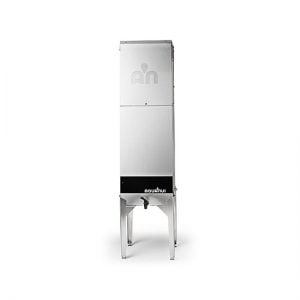