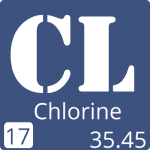 Chlorine in drinking water is a big concern these days, which has prompted numerous people to look for ways to remove chlorine from tap water.  While chlorine is added to municipal water supplies as a disinfectant to kill disease-causing pathogens, such as bacteria, viruses, and protozoans, it also has a negative side.  Many people do not like the taste or smell in their water, tea, coffee or other drinks.  More importantly, chlorine produces harmful byproducts that can be toxic when inhaled, ingested, or touched.

These byproducts are called Trihalomethanes (THMs).  According to the EPA, “Several human studies have investigated the relationship between exposure to chlorinated drinking water and cancer.  These studies were not designed to assess whether chlorine itself causes cancer, but whether trihalomethanes or other organic compounds occurring in drinking water as a result of chlorination are associated with an increased risk of cancer.  These studies show an association between bladder and rectal cancer and chlorination byproducts in drinking water. (Source: https://www.epa.gov/sites/production/files/2016-09/documents/chlorine.pdf)

Chlorine can cause eye and nose irritation.  Because chlorine does not distinguish between good and bad bacteria, chlorine can also cause stomach discomfort.  Chlorine combines with many organics to form carcinogens.  Most people do not like the taste of chlorinated water.  That is why some restaurants serve a slice of lemon with their drinking water.  (Vitamin C in lemon juice and chlorine mutually destroy each other!) Chlorine also reacts with ammonia to form chloramines.  Many water treatment facilities use this treatment to make chlorine time released.  This raises additional concerns, especially for kidney patients and those who have fish tanks.

A noted author, Dr.  Joseph M.  Price, in his book titled, “Coronaries, Cholesterol and Chlorine” claims that there is a strong link between deadly heart disease and chlorinated drinking water! He partially bases this claim on his finding that the rise in the use of chlorine to treat water for consumption exactly mirrors the rise of heart disease in this country.  According to Dr. Price, heart disease was 17th on the list of the leading causes of death at the beginning of the last century and it is now number one on that list. Cancer is now a close second.

There should be no more than 4ppm (mg/L) of chlorine in drinking water.  Ideally, there would be zero chlorine in drinking water but the benefits still out-weigh the dangers.  Some water treatment companies have switched to ozone (O₃) to treat the water but ozonation is considerably more expensive.  Ozonation has virtually zero negative side effects.

There will always be a difference in the amount of chlorine that a swimming pool will need to be right.  Size and shape of the swimming pool, as well as filtration rate are some of the main factors.  The lowest mandatory level is 1 ppm (parts per million) chlorine and the maximum is 3 ppm chlorine.  Notice that the legal level for chlorine in drinking water is higher than the legal limit is for swimming pools!

At this point, some people may be compelled to look for chlorine filters or chlorine water filters, but why would one buy a water filter to remove chlorine only?  There are many other contaminants found in tap water that can be removed by distillation, a natural process by which water is purified.  Before deciding which type of water purification best suits your needs, decide which contaminants you would like to remove.  Then, take a look at our independent lab results while comparing home water distillation systems to water filters or reverse osmosis.

According to numerous independent laboratory results using Pure Water distillers, distillation alone results in right at 97% removal and this rate of removal will remain constant.  While it is true that chlorine is heavier than air when it is at room temperature, when it is heated, as it is during distillation, it is somewhat lighter than air and thus is quite effectively removed by the twin volatile gas vents, a standard feature on Pure Water distillers.

On well water, this is usually not necessary unless the well is also being chlorinated or has recently been chlorinated.  Distillation also removes the chloride ion nearly 100% in addition to all other members of the halogen family.  (Fluorine and fluoride, bromine and bromide, iodine and iodide, astatine and astanide) Distillation is not only the best method of water treatment for bacteria, viruses and other biological contaminants, it is also the best method for virtually complete removal of nearly all inorganic substances.  With the help of activated carbon pre-filters or post-filters, distillation also removes most organic compounds, producing virtually pure water.

This depends on the type of R.O. membrane being used.  If the membrane used is the cellulose acetate type, a carbon filter can be used as a pre-filter on the input water to protect the membrane from the damage of bacteria.  The chlorine removal rate will initially be 99%, but it declines with use and the pre-filter will need to be exchanged on a regular basis.

It is very important to change out the carbon pre-filter in a timely manner if the incoming water contains any bacteria or the bacteria will grow on the membrane.  The membrane itself will also need to be exchanged in a timely manner or the purity results will drop considerably.  This can get to be rather expensive especially if one also has to change out the post-filter, which is also almost mandatory on a reverse osmosis system.

Reverse Osmosis can be quite effective for the removal of many other inorganic elements and compounds when the membrane is new, but it begins to decline in effectiveness as soon as it is put into use.  The tiny pores in the membrane begin to enlarge and let more and more substance through.  Gaskets and seals tend to leak over time and this will require the use of professional water treatment specialists to replace the membrane and filters on the reverse osmosis systems.

Initially 99% removal of chlorine but it declines slightly with use as the carbon attracts organic contaminants.  Activated carbon contributes electrons to the chlorine molecules and converts them to chloride ions.  This raises the total dissolved solids slightly in the process, depending on the original chlorine content and the concentration of organic substances in the feed water.

Not normally used for chlorine removal.

U.V. is not normally used for chlorine removal but for disinfection of the water.  The wave lengths of the UV bulb lengthen with time and normally need to be replaced yearly.  U.V. does break down some organic compounds but does not remove them.  It is totally ineffective on most metals and most other inorganic elements or compounds.

Chlorine is a non-metallic chemical element with symbol Cl and atomic number 17. Free or elemental chlorine forms diatomic molecules – in other words: Cl₂. Chlorine is second-lightest of the halogen family. It appears between fluorine and bromine in the periodic table, and its properties are mostly intermediate between them. Chlorine is a yellow-green gas at room temperature with a pungent odor. It is an extremely reactive element and a strong oxidizing agent (electron receiver). Only fluorine is more reactive than chlorine.  Fluorine is the most reactive non-metal on the entire periodic chart.

How and Where is Chlorine Used?

The most common compound of chlorine, sodium chloride (NaCl), has been known since ancient times; archaeologists have found evidence that rock salt was used as early as 3000 BC and brine (saturated solution of salt) as early as 6000 BC.  Its importance in food was very well known in classical antiquity and was sometimes used as payment for services for Roman generals and military tribunes.

Elemental chlorine was probably first isolated around 1200 with the discovery of aqua regia and its ability to dissolve gold. Chlorine gas is one of the products of this reaction. It was, however, not recognized as a new substance.  Around 1630, chlorine was recognized as a gas by the Flemish chemist and physician Jan Baptist van Helmont.

The element was first studied in detail in 1774 by Swedish chemist Carl Wilhelm Scheele, and he is credited with the discovery.  Scheele produced chlorine by reacting MnO2 (as the mineral pyrolusite) with HCl.

Where Does Chlorine Occur?

Chlorine is not naturally occurring as free chlorine (Cl2) but it is produced by chemical reactions from minerals and compounds such as sodium chloride (NaCl) as shown above.  It is usually stored as a compressed gas in large containers.