In recent years, fluoride in drinking water has become one of the most controversial topics among people interested in public health and safety. Many people question how much fluoride is in their well or tap water and the implications for their health. This article provides a comprehensive overview of fluoride, including what it is, why it’s added to water supplies, plus any possible health benefits or risks, and what you can do to protect yourself from any potential adverse effects. 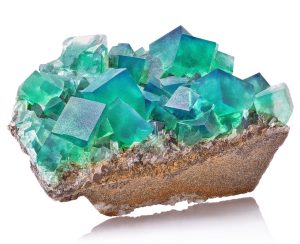 “What is fluoride” is a common question, as many people are unfamiliar with the element. Fluoride is a naturally occurring mineral found in many water sources like rivers, lakes, and oceans. In addition, it is found in some food sources and can even be industrially produced.

You can naturally find fluoride in the form of fluorine used to make fluorides. The most common compounds are sodium fluoride and calcium fluoride.

The History of Fluoride

The history of fluoride is long and convoluted, but it initially began with the industrial revolution. As factories sprang up across the world, fluoride emissions from smokestacks increased dramatically. These emissions settled on the earth and found their way into our water supply.

Fluoride wasn’t considered a problem until the early 20th century when scientists began to realize that it could damage teeth. 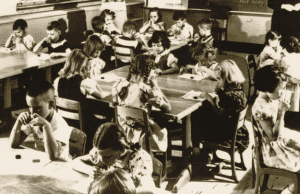 However, they also found that a lack of fluoride in water supplies produced much higher cavities and tooth decay rates. In response to these findings, the United States Public Health Service (PHS) recommended in the 1950s that communities test and regulate fluoride in their water supplies to prevent dental fluorosis.

This practice is known as water fluoridation and is still used in many communities across the country. Based on a 2018 report from the Centers for Disease Control and Prevention (CDC), 73.0% of the U.S. population on community water systems, or 207,426,535 people, had access to fluoridated water. [Source]

The CDC also included the fluoridation of drinking water as one of the Ten Greatest Public Health Achievements of the 20th Century.

Health Benefits of Fluoride in Water

There are many health benefits associated with fluoride in water, which is why it is often referred to as “nature’s cavity fighter.” Fluoride helps to prevent tooth decay by making teeth more resistant to the acids that cause cavities. It also can help to reverse early signs of tooth decay. Lifetime exposure to fluoride has also been shown to slightly reduce the probability of other dental problems, such as periodontal disease and gingivitis. 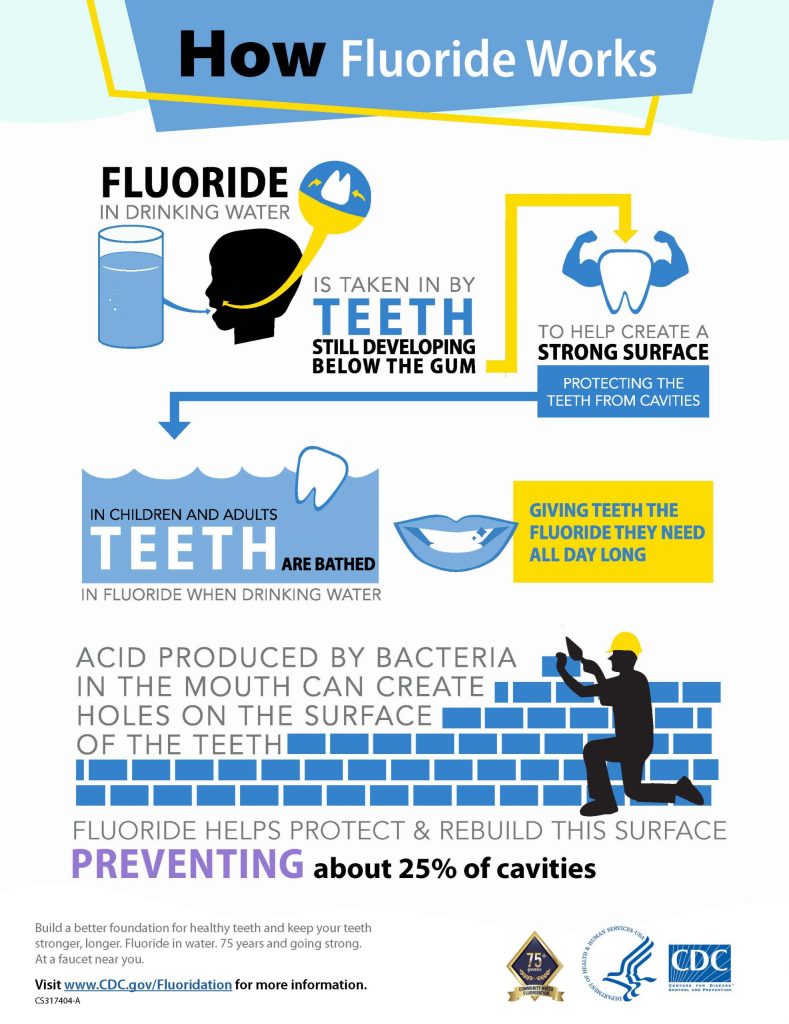 Side Effects of Fluoride in Water

Fluoride is added to water to help prevent tooth decay. However, some side effects have been associated with fluoride in water, including:

Exposure to fluoridated water during childhood has also been associated with impaired attention, cognitive, and intellectual functioning.

Importantly, among children who were exposed environmentally to water fluoridated at 1.2 – 3 mg/L (slightly above the U.S. recommended level), increased urinary fluoride concentrations were associated with slower reaction time and poorer visuospatial organization that could interfere with attention, and reading and writing respectively. [Source]

If you are concerned about any of these side effects, talk to your doctor or dentist. They can help you make an informed decision about whether or not to drink fluoridated water.

Why is Fluoride in Water?

With all the pros and cons of fluoride in drinking water, you might ask yourself if the risk is worth the reward. The simple answer is that fluoride can benefit dental health, but too much or too little fluoride can be harmful.

The EPA requires water utilities to monitor for fluoride and to report their results to the EPA and state officials. States may set enforceable standards that are more stringent than the EPA’s maximum contaminant level goal (MCLG).

How Much Fluoride Is In Water

As mentioned previously, the Environmental Protection Agency (EPA) regulates the level of fluoride in drinking water. The EPA has set a maximum contaminant level goal (MCLG) for fluoride of 4 milligrams per liter (mg/L), a concentration between 0.7 and 1.2 mg/L. The MCLG is not a legal limit but rather a non-enforceable health goal. This level has been reported as safe for people of all ages to help protect against tooth decay.

Is Fluoride in Tap Water and Well Water?

The level of fluoride in the community supply of tap water is regulated to ensure it is safe for consumption. However, this benefit does not apply to well water and is not regulated. Therefore, your area could have an excess, or lack thereof, of fluoride in your well water supply. If you have concerns about the fluoride levels in your drinking water, keep reading for remedies below.

How To Test For Fluoride In Water

To test for fluoride in water, you can buy a test kit from a hardware or pool supply store. Test kits usually come with a vial of fluoride test solution and a color chart. Generally, you will add a few drops of the test solution to a sample of your water and compare the resulting color to the chart to determine the level of fluoride present. For the most accurate results, we recommend contacting a certified drinking water laboratory in your local area to test your water supply for fluoride levels.

How To Get Rid Of Fluoride In Water

If you’re looking to remove fluoride from your water, there are a few different ways that you can do so.

Related: How To Remove Fluoride From Water

One option is to install a whole-house water filtration system or reverse osmosis. These systems are designed to remove various contaminants from your water, including fluoride. However, these systems may only remove a partial amount of fluoride in your drinking water. In addition, the system’s efficacy is largely dependent on the total amount of contaminant contained in the source water and how often you replace your filters.

The only way to remove 99.9% of contaminants, including fluoride, from your water supply is by distilling it.

Distillation works by removing the water from the contaminants, not the other way around. This process is achieved by boiling water and collecting the resulting steam. As the steam cools, it returns to its liquid state as clean and pure water. This water purification system achieves the highest quality water for drinking.

Related: The Many Uses of Distilled Water

The safety of fluoride has been hotly debated for decades, and this complex issue is unlikely to be resolved anytime soon. However, there’s a case to be made for the benefits of fluoride in water if you’re willing to accept the accompanying risks.

If you enjoyed this blog, take a look at some of our other related articles: