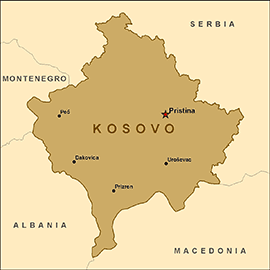 This weekend it was reported from Kosovo, which lies between Serbia and Albania,  that the authorities cut off the water supply in the capital Pristina after five people were arrested on terrorism charges.  They were “acting suspiciously” near the reservoir which supplies water to half of Pristina’s population of 200,000. (http://abcnews.go.com/International/wireStory/kosovo-arrests-terror-suspects-alleged-water-plot-32383673)

There is a possible connection to ISIS which had been issuing threatening videos of possible attacks, including attacks on the water supplies in Kosovo.

Water terrorism is not new.  Poisoning water has been done for centuries.  Poisoning a water supply is an efficient way to affect a large population in a short period of time.

In 2006, the Associated Press reported the contents of some of the tapes captured from Saddam Hussein in Iraq.  On one of these tapes they reported “Deputy Prime Minister Tariq Aziz told Saddam on the tape that “the biological (attack) is very easy to make. It’s so simple that any biologist can make a bottle of germs and drop it into a water tower and kill 100,000.”

“This is not done by a state. No need to accuse a state. An individual can do it,” he said.”

The authorities in this country are aware of these threats and many more.  They have reassured the public that there would have to be large quantities of substances dumped into a reservoir to have any affect.   In the case of a biological attack, the water utilities have indicated that the chlorine in the water should take care of this.  Hopefully they are right.  (Chlorine may eliminate biological agent in water but it cannot combat a chemical or radioactive toxin.)

However, here are some things to ponder:

I’m not here to scare you.  But rather to have you think of the possibility and prepare for the eventuality.

That’s why our family all have water distillers in their homes.  It’s also why we supply equipment to the U.S. State Department for US Embassies and Consulates around the world.

The distillation process gives you the best chance of averting a crisis should terrorism of the water supplies occur.  Distillation follows a different process to carbon filters or reverse osmosis (RO) both of which depend on removal of contaminants by placing a barrier in the stream of water under pressure.  Distillation uses a different technology – we utilize the “phase-change” when H2O liquid (water) changes to H2O vapor (steam).  At this “change of phase” virtually all contaminants remain in the water left behind while the steam is collected and condensed into very high purity drinking water.  We’ve proved the effectiveness time and time again, – against many different toxins and biological contaminants, in testing done by third party laboratories.

With a water purification system based on distillation, I don’t worry about the potential of water terrorism. I know that whatever the quality of water coming into my home, the water I drink is safe after distillation.  Pure Water distillation equipment is trusted the world over.